The European Youth Event 2016 in Strasbourg started with a lot of energy and inspiring activities. Dozens of young people gathered at the YO!Cafe tent on Friday, 20 May, during the morning to listen to the stories of young entrepreneurs in “Entrepreneurial campfire: Let the creativity sparks fly”. The panel was organized by the European Youth Award. International Young Naturefriends were greatly involved in the activity. 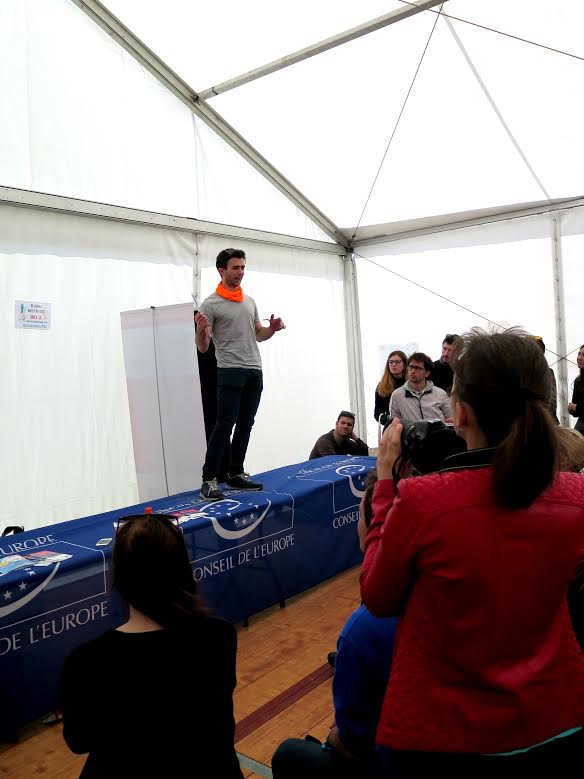 The activity started with a short introduction of the guests. They literally ‘spoke up’ to present themselves to the big audience, as they showed their creative spirit and climbed on the table. Afterwards, the facilitator of the session invited guests to find their own spot within the tent and participants to get to know the story of each young entrepreneur. Participants had to move from one entrepreneur to another every 15 minutes.

The purpose was to discover the experience behind small startups, to discuss about the life, motivation or challenges of a young entrepreneur. The stories were diverse – from a group of designers [http://www.contiqua.co/]  in Prague producing items out of companies’ waste to a social network [http://www.govfaces.com/en] enabling the interaction between citizens to politicians; from the organisation of events [http://www.factoryofimagination.com/] in Denmark for young people to meet inspirational speakers and spark their imagination to a social enterprise [http://pragulic.cz/?lang=en] providing tours run by homeless people in Prague.

We could also hear from Henrique Gonçalves (IYNF) about the online platform “ECOmaps” [http://ecomaps.eu/en/] for finding sustainable places around Europe. 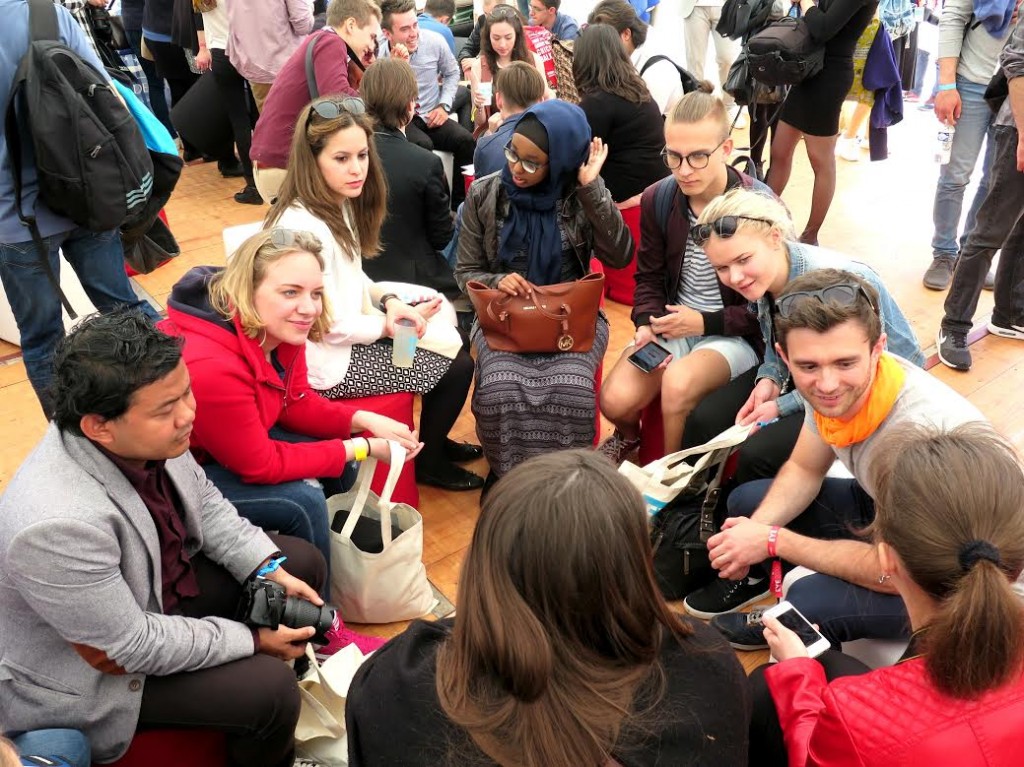 During the whole activity one could only feel engaged in the stories presented, motivated to learn more about entrepreneurship and even start their own business with a positive impact on the society. It was inspiring to see the passion with which all entrepreneurs spoke about their idea, the joy of doing something that you like and that is useful for the world we live in.

After the activity we interviewed Tudor Mihӑilescu, Co-founder of GovFaces – an online platform for citizens’ and politicians’ interaction. Tudor’s answers gave an overview of his entrepreneurial experience and of the building blocks of the project. 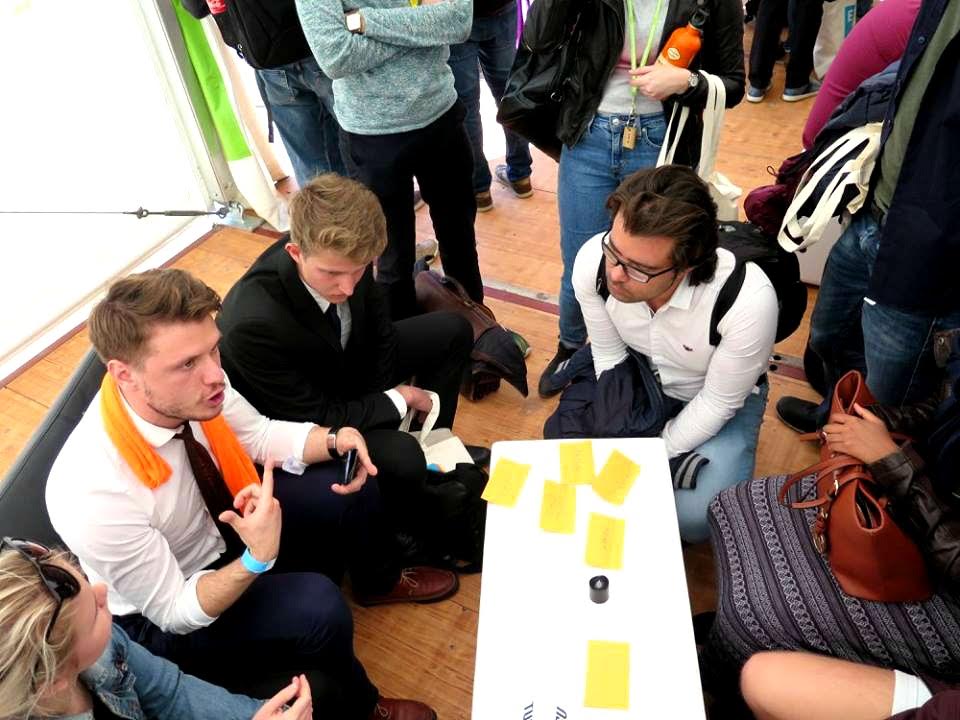 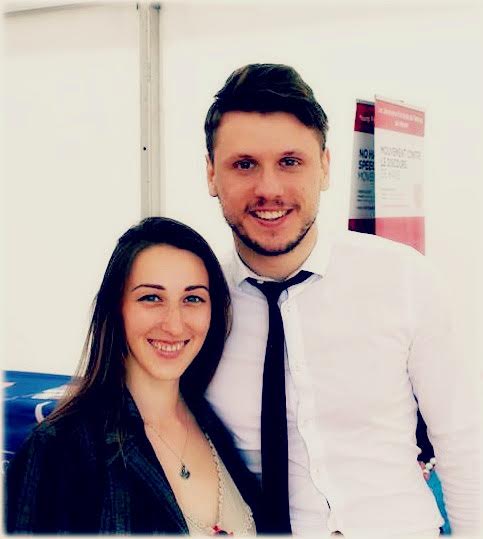 Here is what Tudor shared with us:

The idea of creating an online platform for politics originated with our co-founder Daniel Gomez Iniguez. As the CEO of Solben, a company specialised in biodiesel technology, he needed to get in contact with political decision-makers in different regions of the country. Trying to use the internet to find out more about them, Daniel realised that not only was there no means to engage in public conversation with elected representatives, but that there was no web platform that would provide up-to-date info about their activity. He therefore spearheaded the creation of a pilot platform called “Caras Politicas” in 2012, which served primarily an information purpose, allowing citizens to easily find their elected representatives at the various levels of the Mexican political system. The very good initial traction of the website made Daniel realise the great potential of a web tool for citizen and politician interaction. So, he decided to come to Europe in search for reliable partners to pursue this venture. He met Jon Mark Walls, the current GovFaces CEO, at a Symposium in St Gallen and their chat over a burger and a beer was the start of the GovFaces journey.

I joined GovFaces in late 2013, as the team was preparing the launch of the beta platform at the EU level. I conceived and oversaw the implementation of the GovFaces community development strategy, by recruiting and coordinating a team of 70+ interns and volunteers carrying out grassroots promotion activities in 15 European countries in the run-up to the May 2014 European Elections. With the launch of the full GovFaces platform in the United Kingdom in 2015, I took on the challenge of preparing and coordinating the platform’s entry and expansion in the UK market, beginning in the South East of England.

Having tested the platform’s impact in various political contexts, and environments, we can say with confidence that GovFaces successfully facilitates public dialogue on political issues online, with substantial benefits for both elected representatives and citizens. For political decision-makers, GovFaces provides an efficient and effective citizen engagement service, which improves their reputation for transparency and accountability. Our data shows that through one single answer on GovFaces, a local politician responds on average to 10 expressions of interest in a particular question or public issue. GovFaces, therefore, reduces the need for elected representatives to reply to the very same questions again and again via email, which proves our tool’s superior communication efficiency. Moreover, GovFaces is highly effective, given that every answer a local politician gives is read 300 times on average. Finally, by promoting a transparent way of engaging with citizen queries, GovFaces enables decision-makers and public authorities to be seen “at work”, thereby serving to increase public trust in political actors. To citizens, GovFaces provides a simple and direct way to receive responses on issues they care deeply about. Rather than spending tens of minutes reading various electoral materials, news articles or public documents to find the answers they need, citizens have an easy way to ask questions on specific issues to the political decision-makers and compare their answers with minimal effort.

Our initial objectives were to build a viable platform for public debate, designed to accommodate the complex communication needs of the 21st century. But we also set out to demonstrate that there is indeed a real need for such a communication tool and a willingness to use it at local, national and international levels. We managed to achieve these targets in the last 2 years. In 2014, the GovFaces beta platform was used by 50 MEPs and 50 Candidates in engaging with citizens from across the European Union in the run-up to the European Elections. In 2015, GovFaces was launched in the first local community in the United Kingdom and quickly became the central online space for citizen engagement in the city of Portsmouth, being used on a large scale by politicians from all parties. Moreover, 2015 saw the launch of the GovFaces platform in Switzerland as an online vehicle for the Swiss Digital Agenda debate surrounding the Federal Elections. This year, our team is working to boost the GovFaces impact in the British and Swiss markets and find early adopters in other European countries, whilst continuing the technical development process needed to match these rising expectations.

GovFaces allows citizens, activists and NGOs to raise the public salience of issues they care about by allowing the community of users to up- or down-vote the questions posted on politician profiles. Moreover, the platform provides special features designed to facilitate community debates involving both citizens and society stakeholders. GovFaces has therefore been used by various local and national campaign groups to raise awareness and promote public debate on a number of social and environmental issues such as urban pollution, female genital mutilation, online privacy rights or employment opportunities for women.