“Remember all those references to Macedonia as the oasis of the peace in Balkans. You only really appreciate it when you have lost it” said Boris Trajkovski, a former president of Macedonia.

Although defining Macedonia as “oasis of peace” could be at least questionable, there is no doubt about the pleasantness of several natural sites that the country of Alexander the Great offers. Is the case of Mihajlovo, located in the foothills of a vast mountain range in the South of the nation; a “peaceful oasis” that hosted the closing of the IYNF’s “Year of E-Participation”.

After “How e-mazing is your organization?” and “Act, React and E-act! ”  it was time to “D-e-zign it!!”. As the name suggests, “D-e-zign it!” has been devoted to inspiring participants to develop projects related to e-participation and apply their newly-gained digital competences in their organizations. The autumnal color scheme of the Holiday Camp of Mihajlovo was the ideal “Naturefriendly” frame to provide inspiration. 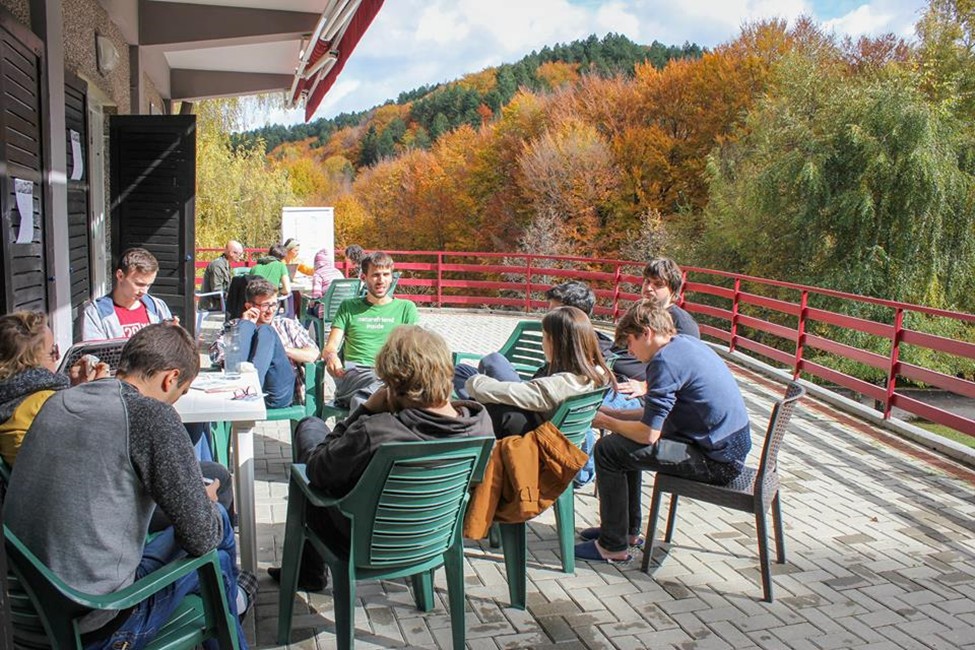 The wood, the bare trees, the green, yellow, reddish and brown leaves, the aroma of pine and resin dripping from the bark, the fragrance of damp rising from the rotting leaves on the ground, that of wet wood and the sound of the rustling of leaves blown by the wind.

In this rural framework, the brains of roughly thirty young people from different countries united for the sake of shaping ideas. Though the event did not start auspiciously: it was suddenly found out that Paria – one of the participants who also took part in the previous activities – owing bureaucratic issues concerned her Visa, could not have reached Macedonia. This happening would, however, turn into an important subject of discussion during the whole project, fostering discussions about the need for borders and citizens’ right to move.

Despite the unforeseen absence, “D-e-zign it” began under the baton of Martin and Ana Teresa, who dedicated the first day to mutual understanding. 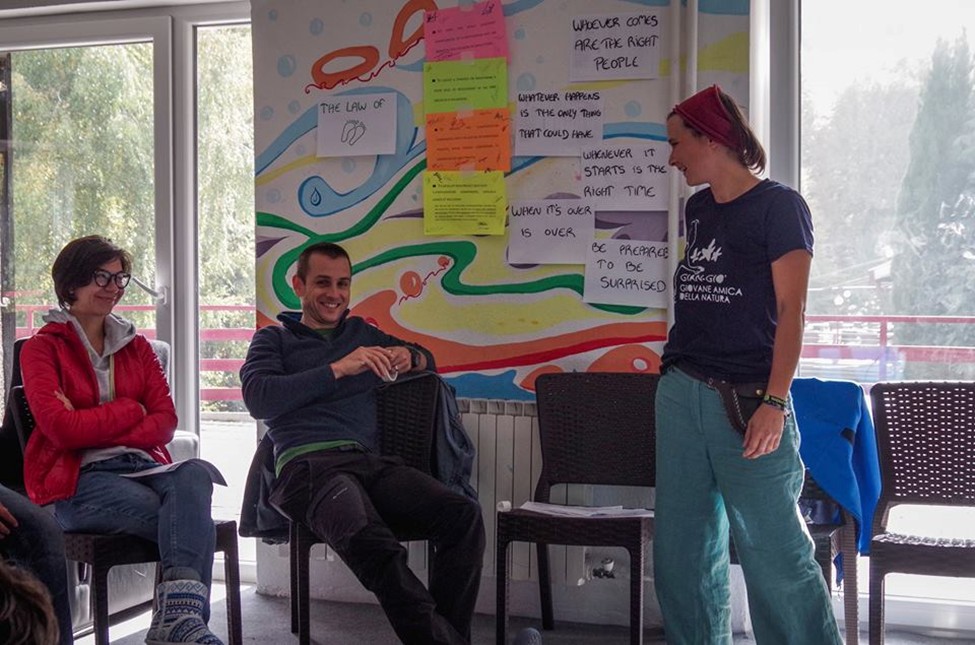 Broken the ice, the second day gave the participants the chance to better understand the conceptual underpinning of the project. Whereas the first project – “How e-mazing is your organization?” – was an introduction to e-participation in youth work and the second one – “Act, React and E-act! ”- helped to understand the process of e-activism. In “D-e-zign it!” the focus was rather on collaborative work, project planning, and project management. The facilitators explained the plans, the aims, and the methods. Afterward, taking advantage of the wonderful weather, a pleasant activity was held in the forest in respect of the unshakeable Naturefriends’ values. 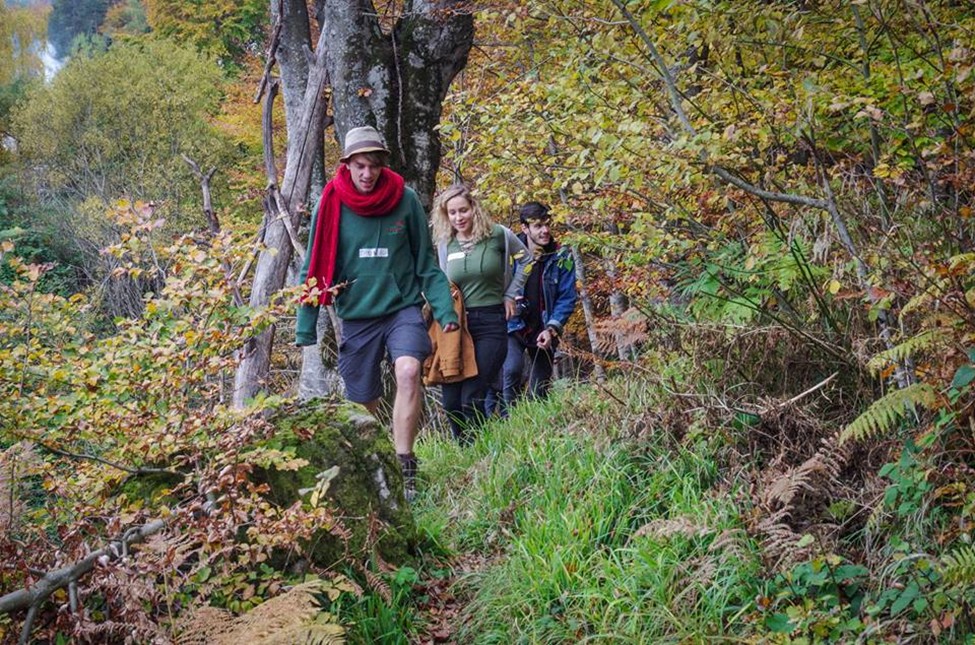 The “NGO market” – to showcase the organizations present in the project – and the presentation of the outcomes of the last training course on e-activism shaped the rest of the day.

In the pursuit of the mutual inspiration and in order to foster the blossoming of the ideas, Thursday started with a stimulant open space. As a result of an accurate reflection, the participants presented their potential projects. Several matters were presented, among which “How to make Naturefriends movement more barrier free”, “E- Privacy” “Building E-visibility for Earthships”, “Ecotourism and Eco food”, etc.

In the afternoon, insights about European Youth Foundation, Erasmus +, Youth Pass, the European Voluntary Service had been held, and afterward, a workshop about the E-volunteering in IYNF was held by IYNF’s Networking Coordinator, Henrique.

At nightfall, the IYNF‘s topic of the upcoming year “Border Free Solidarity!” was introduced. The urgency and justification to work on the topic of Refugees and Migrants was reinforced by the presence of Tara Kalaputi, from the Macedonian NGO LEGIS.

“Speech,” the philosopher Gorgias used to say, “is a powerful lord that with the smallest and invisible body accomplishes godlike works.” In this respect, our special guest had a meaningful and impassioned speech concerned the Refugees’ condition in Macedonia. Suddenly, the laughs that characterized the whole day, made room for a keen atmosphere. Deeper still the moment in which Tara shared the letters of two refugees highlighting the seriousness of the current situation.

After spending a whole morning focused on project management, Friday was mainly defined by the short trip to Kavadarci. The goal: taking part at the Action Bond game. Following a path structured meticulously in advance, the participants divided into groups, had the task to decipher clues, solving cryptic enigmas and asking people contingent solutions. As a result, we enjoyed the city and felt the immense friendliness of its inhabitants, not stingy to partake to the game. Mandatory to emphasize the outstanding support provided by the volunteers of SPPMD (not only in the game). 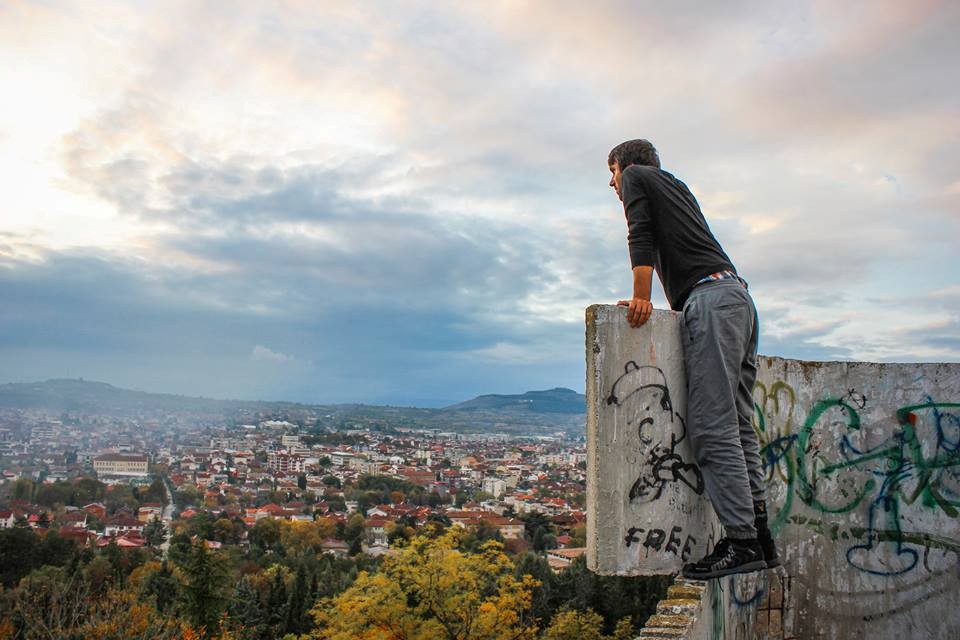 Saturday came. In spite of the many activities already carried out, the group kept the enthusiasm and the will to share moments together. The whole day was spent debating how to realize the projects discussed in the previous days. Words, ideas, concepts, marked the passing of time. It was touching the strong feeling that concrete initiatives were growing, and therefore the aims of “D-e-zing” were being fulfilled.

A Farewell party in the evening put an end to the project. The time to leave the oasis of Mihailovo would finally arrive on Sunday afternoon after the evaluation and discussion of further developments. 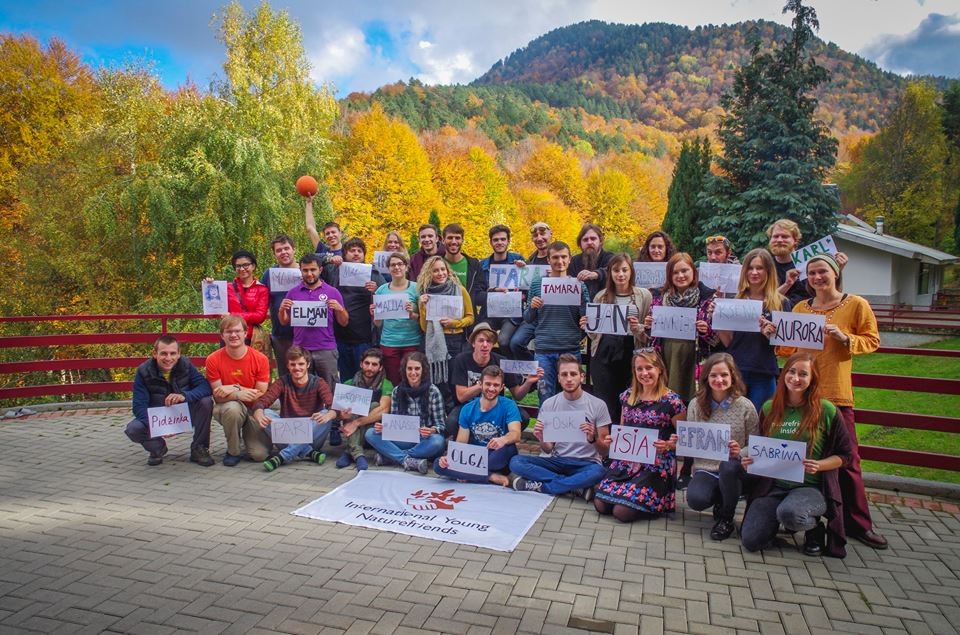 At the end of the event, on the route to the daily life, the words of Boris Trajkovski assume a meaning of reminder for the participants: “Remember all those references to Macedonia (..) You only really appreciate it when you have lost it”.