Report from Borderland – An interactive exhibition

“Where do we come from?” Asking about our origins is something most people do since their childhood. 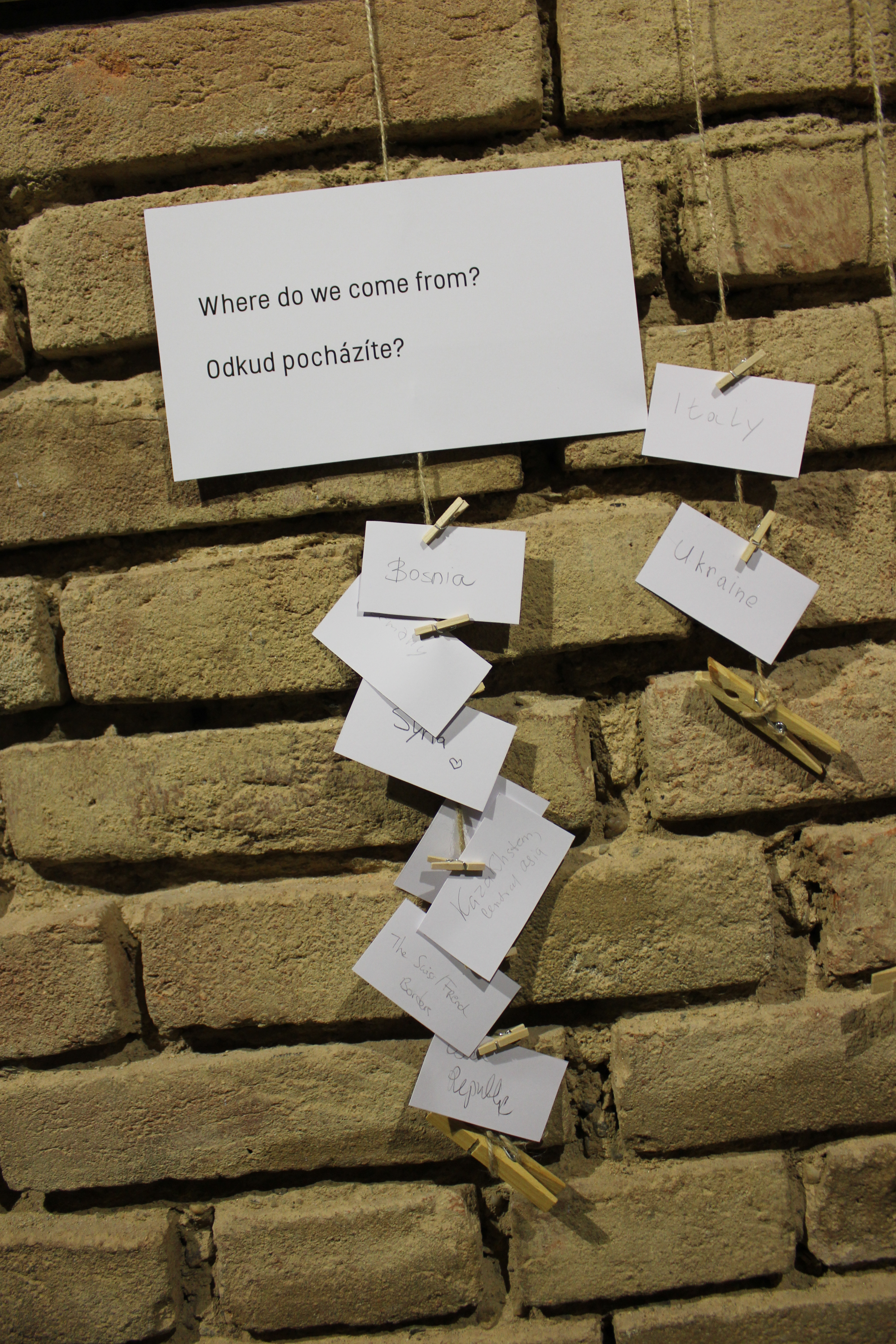 The way parents answer this question has an impact on how children see themselves and other people.

As adults, the question persists , “where did we come from” still has a major impact on how we view the rest of the world.

Surely, is hard to find a common response.

However, demanding reflection on a common mankind’s origin should emphasize the vagueness of the concept of territorial borders.

To raise questions is a human creative act: it’s the expression of an attitude of curiosity, independent thinking, open-mindedness, ability to negotiate with the chaos and uncertainty.

To raise questions it has been one of the main tools offered by “Borderland – an interactive exhibition”. 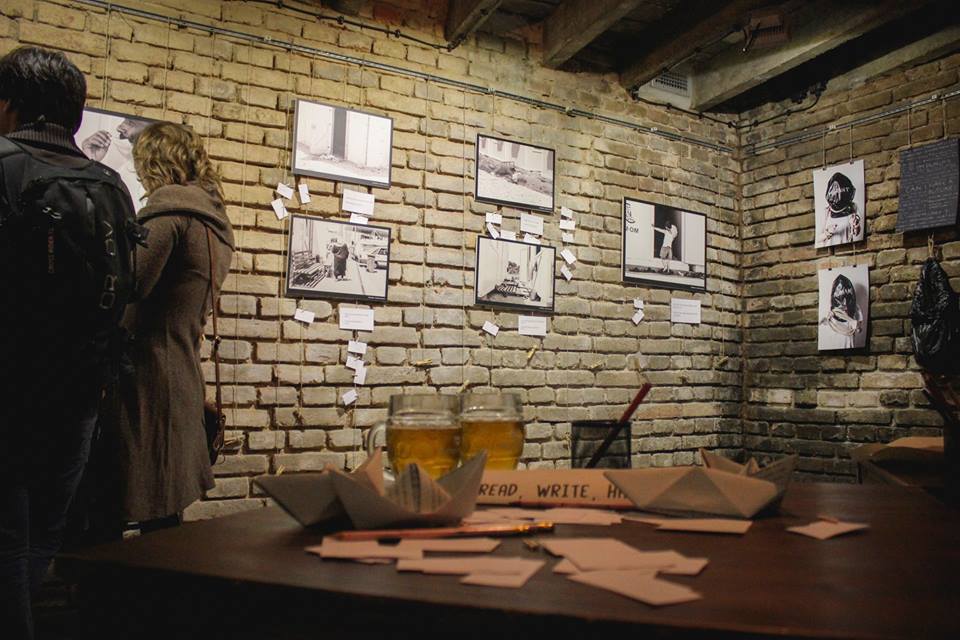 The event, organized by IYNF in collaboration with relentless Macedonian activists, aimed to call attention to the living conditions of refugees in Macedonia.

The viewers, through interactive photographs and artworks were prompt to reflect, called to identify themselves with the Refugees’ life, driven to overcome the mental borders. Nonetheless, the viewers, answering  the questions, have contributed to the artwork creation. 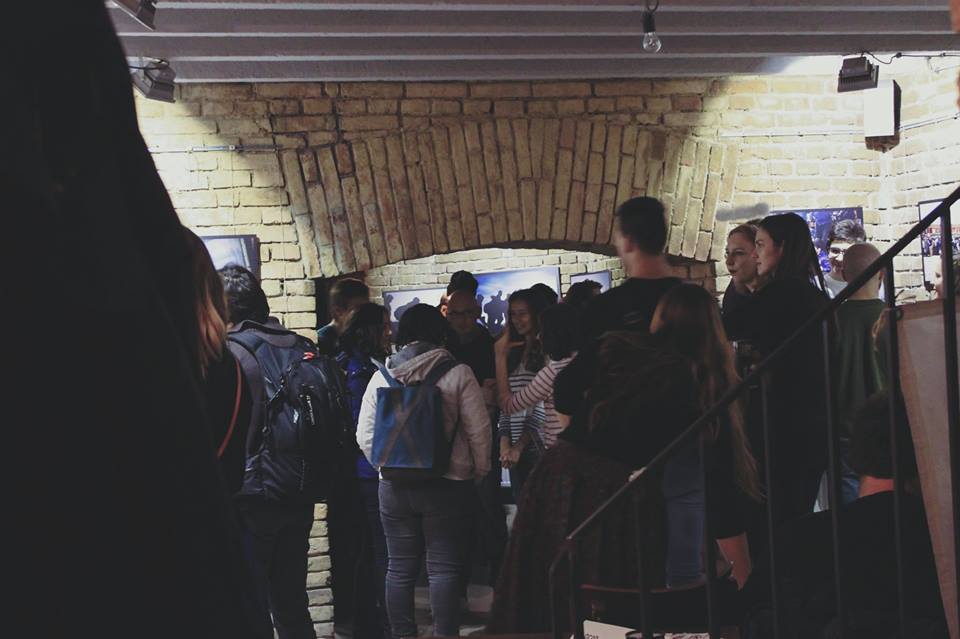 Many people filled the space of Cafe Lajka’s gallery for the opening on Saturday night. As we didn’t have a homogeneous target group, the artworks caused different  reactions and approaches . 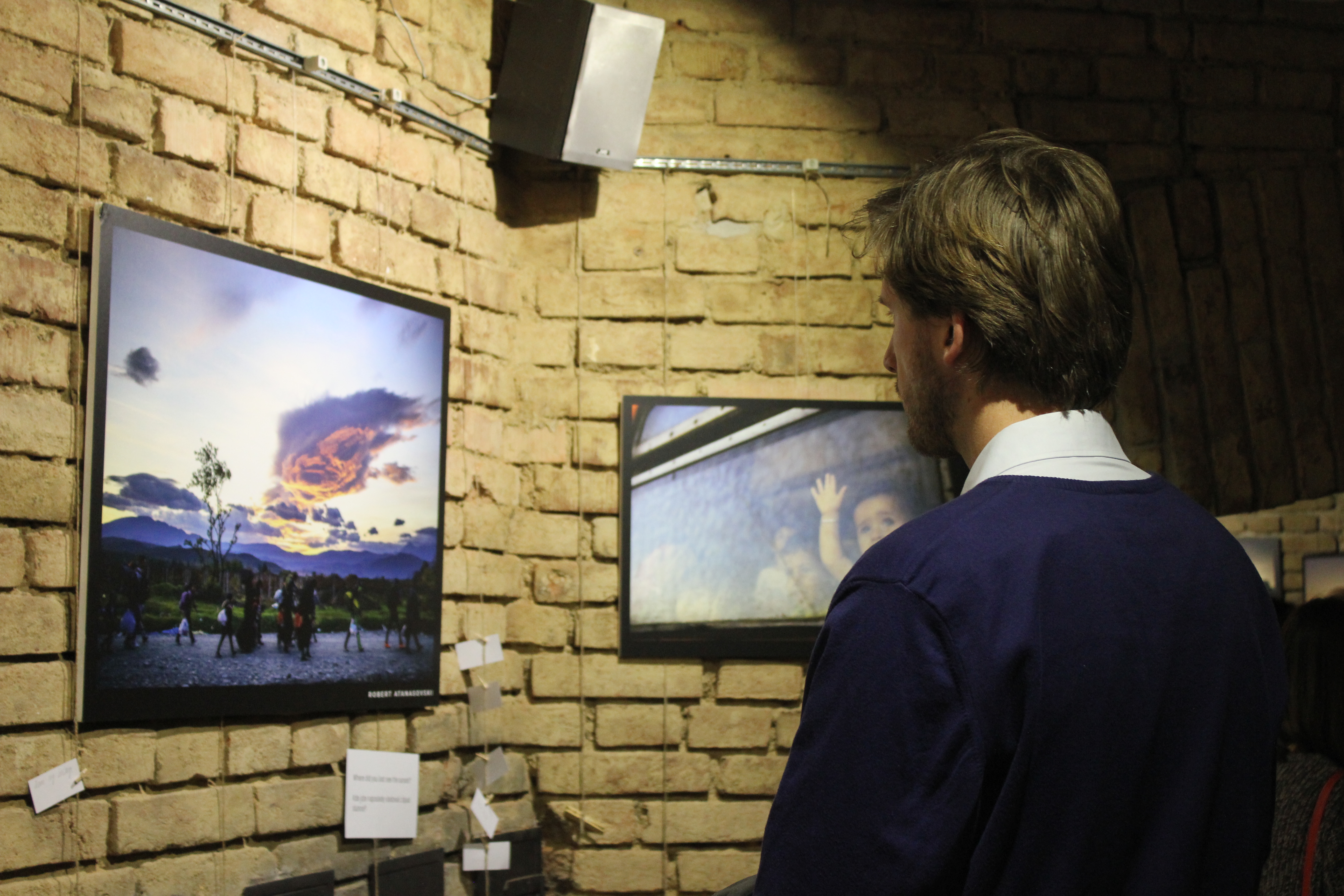 The living conditions of refugees in Macedonia, deprived of free movement and victims of serious human rights violations, have also found voice in the words of Tara Kalaputi – member of Legis, a Macedonian NGO which holds activities mostly related to delivering the necessary humanitarian aid to the refugees –. She has been special guest of the event accompanied by Jasmin Redzepi, president of Legis, and the artist Ivana Chaloska, author of several works exhibited – particularly its creative installation that was  able to catch the attention of many. 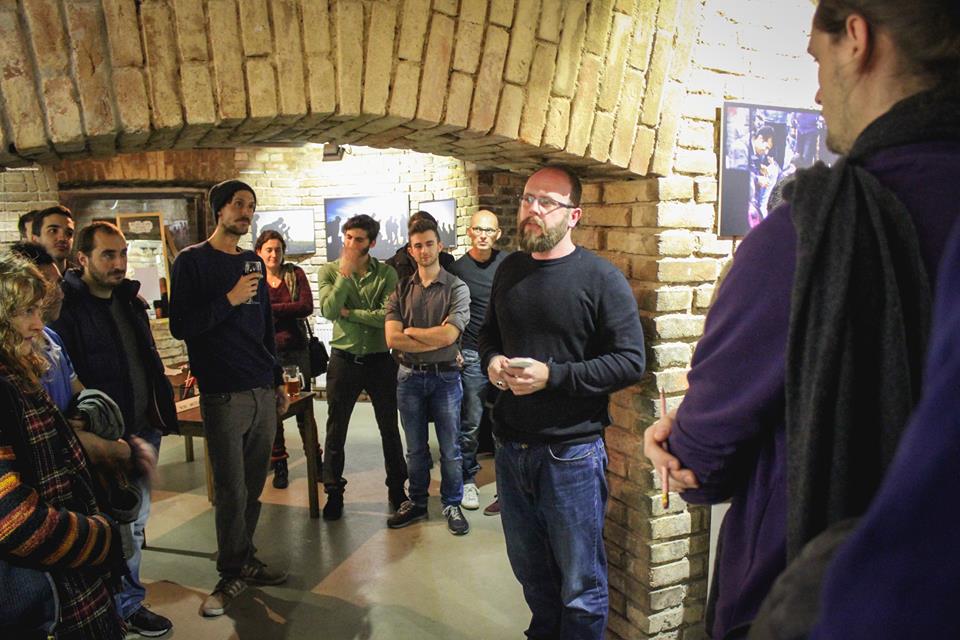 Not only questions in “Borderland – an interactive exhibition” but, overall, the event it was also a theatre of life stories.

It is the case of Shergo Mousa, a Syrian painter who exposed eight of his artworks. He used to draw portraits and has a full scratch-book back in Aleppo, Syria. 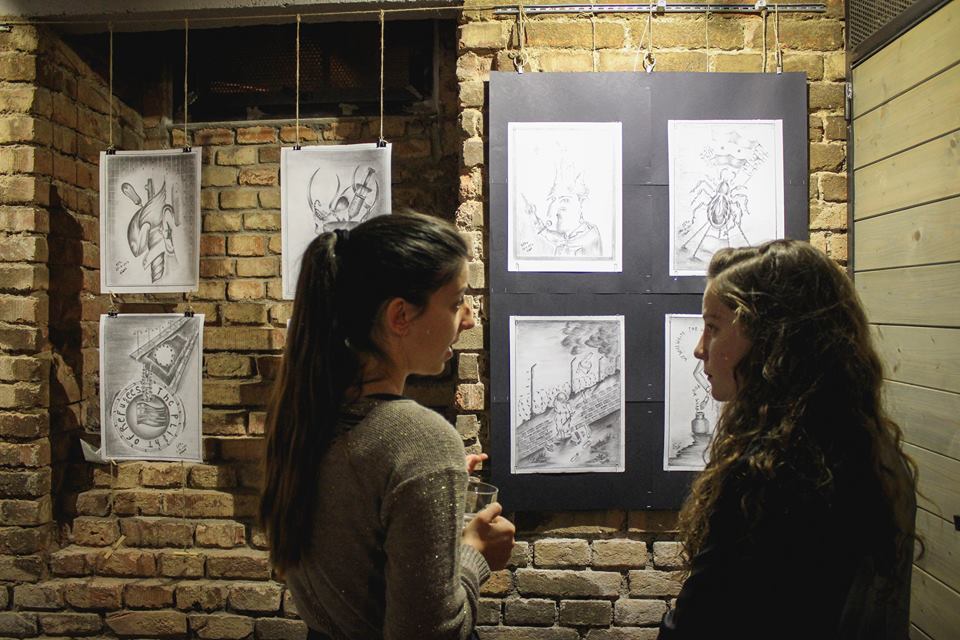 In March 2016, he arrived in Macedonia via Turkey and Greece, together with his wife Nazlia, his daughter Avin and his son Faris.  As a consequence of the closure of the borders in the so-called “Balkan route”, Shergo and his family are locked since then, in the temporary transit center “Vinojug” in Gevgelija, Macedonia, together with 99 other refugees.

Behind his works the deep sadness for a life of struggle and hardships. 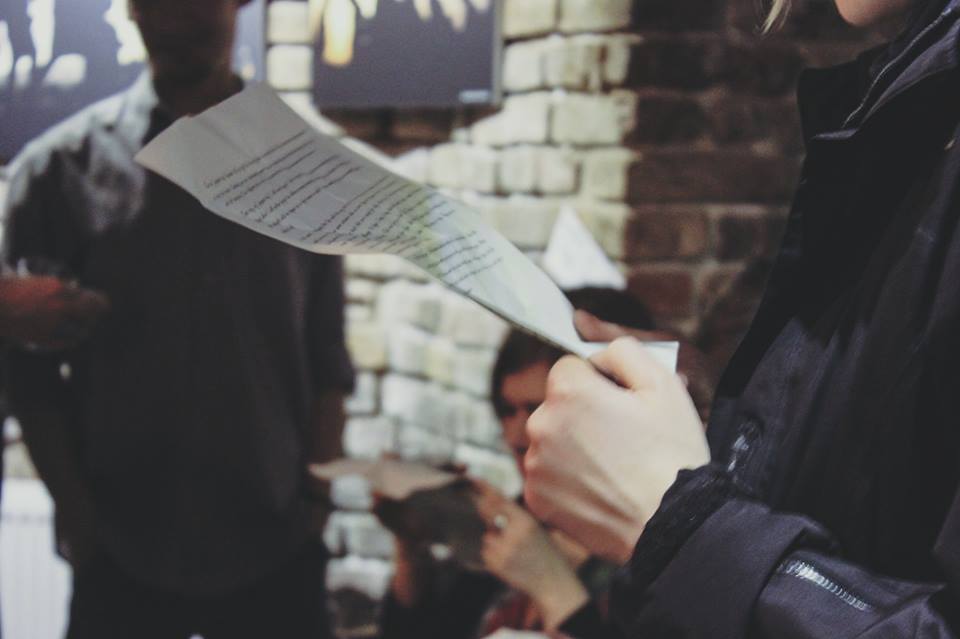 Hidden behind the shapes of symbolic boats, the stories of Hamida and Ibrahim were recounted.

Both are refugees, victims of similar suffering life experiences. The mutual penalty to cross the Macedonian land, the common expectation to leave the refugee camp in which they have been living, the akin wish to see the borders finally open.

IYNF, shifting toward the topic of the upcoming year’s  “Border-free”, faces the lack of knowledge about the matter by raising the flag of the solidarity. This is only the first of several events that it will hold in the following years. 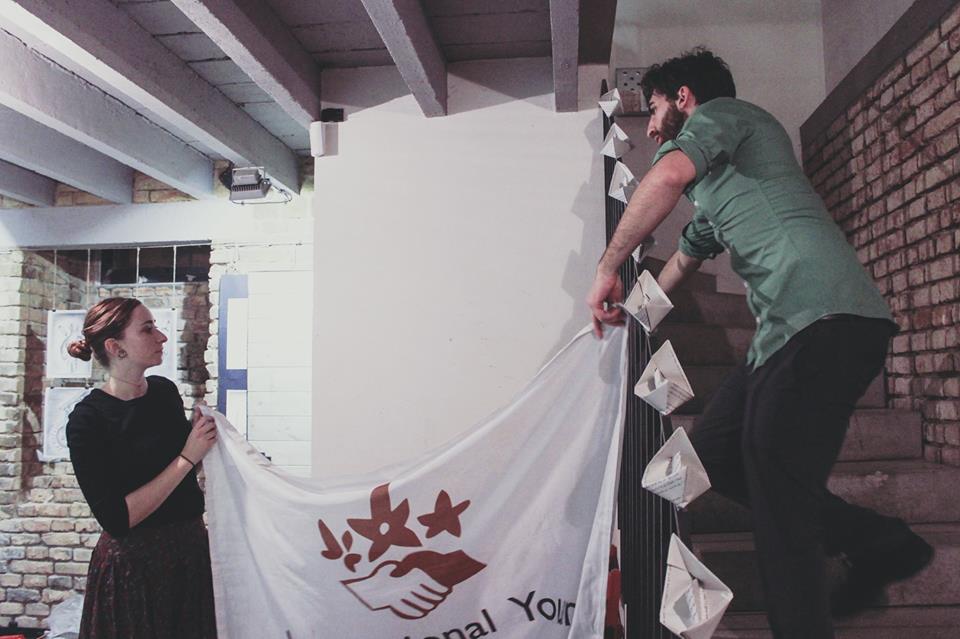 Special thanks to everyone who helped and contributed to making “Borderland – an interactive exhibition” a fabulous success. The keen interest paid by viewers has been an answer to the general indifference in the field.

It would be nice to consider the experience as a first step toward the selflessness road.

Words that sound as a promise or assurance. Words who find an unspoken continuity with the optimistic ones pronounced by Hamida “ (..) We live in a small tent imprisoned in a camp that is surrounded by a wire fence and police. Still, I am brave and I believe in a better future. “Patience” .” 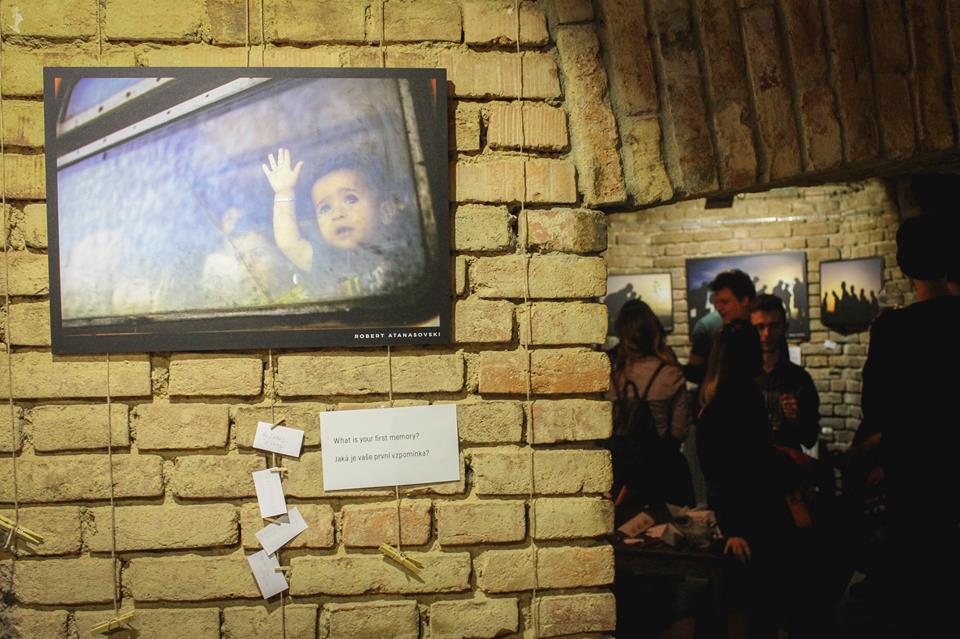 Borderland – an interactive exhibition is closing its doors, with the hope that  words will turn into facts.