Youth perspective on climate justice in the EU-Africa relations

Last Sunday IYNF was helping to facilitate an online Conference for the online exchange project between:

The whole project is kindly supported by Venro and coordinated also by IYNF. After three workshops that took place in Benin, Senegal and Germany last month, we met for the online conference.

The Conference started with the introduction of the about 35 participants and the National Naturefriends organizations. Among other things People talked about what they like to do in their free time and named their favorite dish.

After the introductions, each of the three organizations presented the different activities they did to prepare for the online Conference. As mentioned before each Organization did an in-person workshop at the beginning of September where they talked about Climate Change, defined Climate Justice, and prepared statements and demands for political stakeholders. These demands were presented as well. 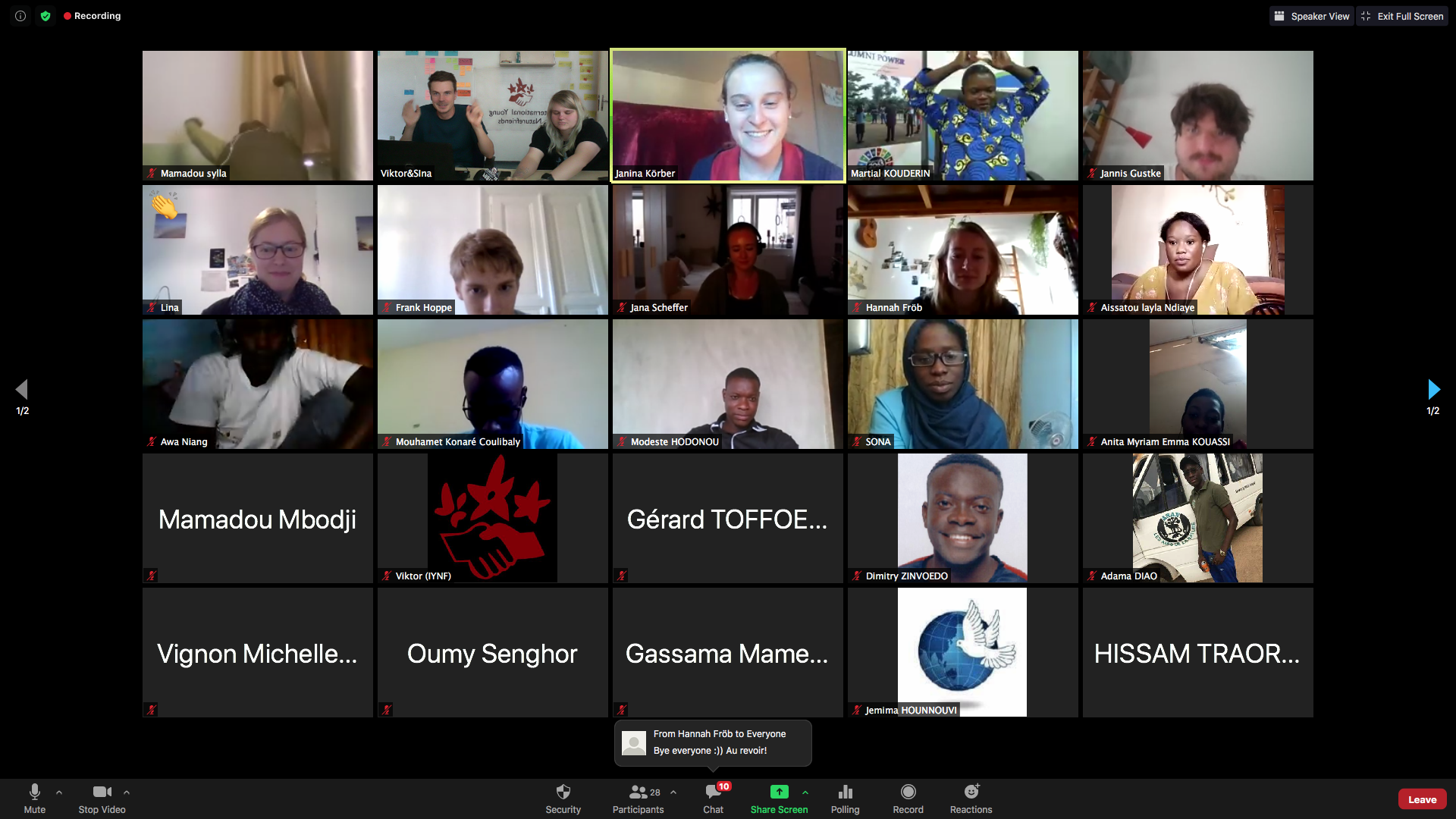 This happened in separate breakout rooms and the participants had one hour to exchange their views.

When the whole group came back together the results of the workshops were presented. The one thing that came up again and again was they this Conference should not be the end of the cooperation and that more frequent exchange between the countries is wanted.